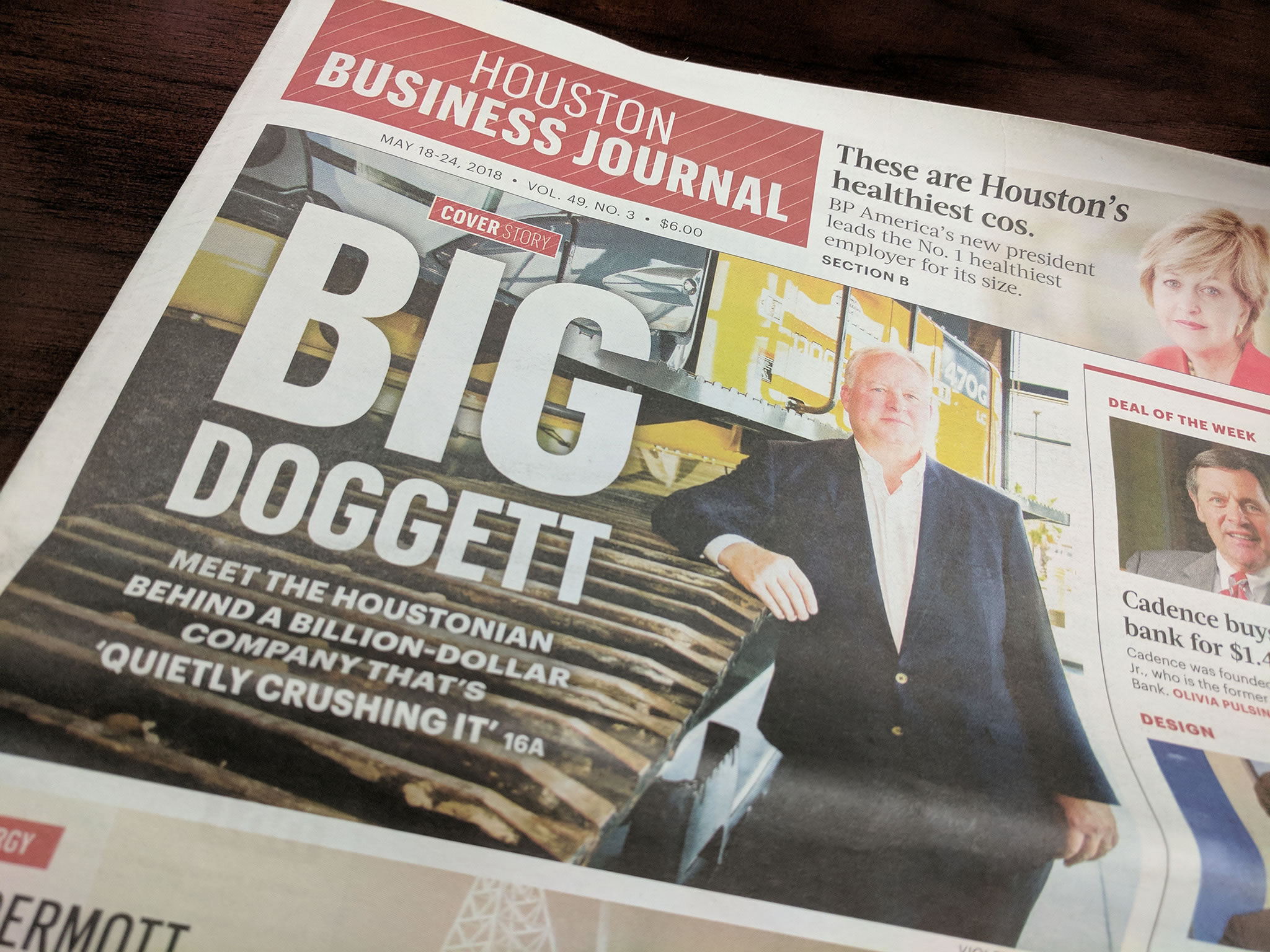 When he was 13, Doggett followed his dad, a plaster contractor, out to Houston construction sites and picked up big and small rocks to hand over to workers creating plaster. Years later, Doggett realized while attending the University of Texas at Austin that he didn't want to work on construction sites doing what his father did. He wanted to build something big.

After leaving his job in the oil and gas business, Doggett returned home and met up with his business partner, Brady Carruth, in Houston in 1993. The two heard about a deal over lunch at a Chinese restaurant with a mergers and acquisitions lawyer. The lawyer told them that Toyota Lift of Houston, a forklift dealer, was for sale. The company employed 18 people, was underperforming and was going for book value. Doggett didn't have enough money, so Carruth financed both halves of the company himself and the ownership was split 50-50.